The History of Castellabate 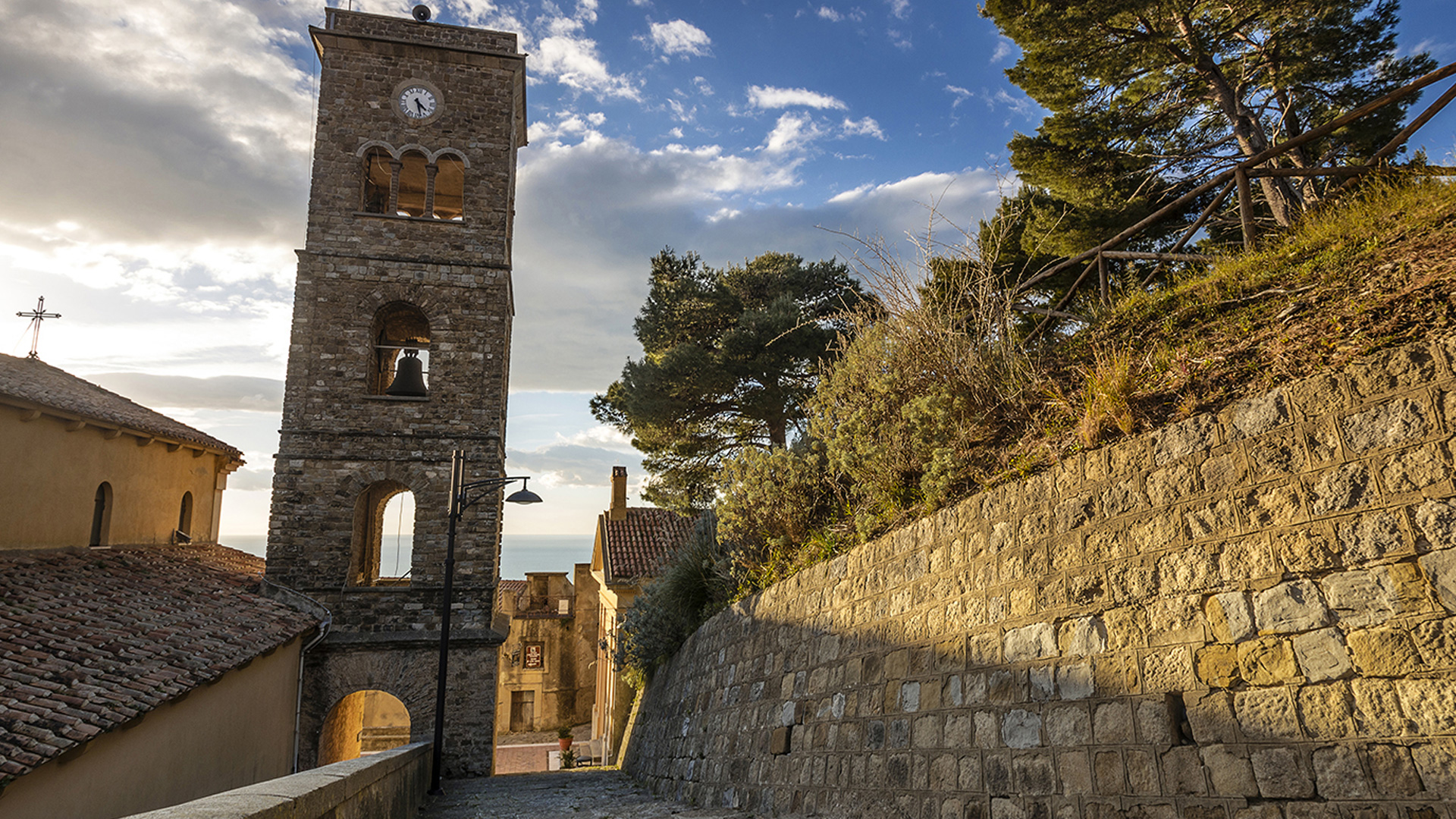 The borgo of Castellabate is a small medieval village, perched on the top of a hill 280 meters above the sea level from, in the very heart of the National Park of Cilento. From its position it dominates the Gulf of Policastro, just opposite the well-known Amal Coast and Capri Island.

Castellabate origins are linked to Costabile Gentilcore, the fourth Abbot of the Abbey in Cava de’ Tirreni, who in 1123 built a fortress to defend the population from the Saracen pirates attacks. Nearby this proud fortress, thus called “Castle of Abbot”, the village was gradually built and closed by ve different gates: “Porta di Mare” and “Porta Cavalieri” from the seaside; “Porta Sant’Eustachio” and “Porta la Chiazza” from the countryside; “Porta de li Bovi” from the borderlands. The concentrally arranged hamlet of Castellabate – where time seems to have come a standstill – features enchanting narrow lanes with characteristic cobblestone patterns, stoned steps and an intricate jumble of houses with stone walls bearing testimony to days long since gone.

The ancient Castle and its remaining walls, although a recent restoration work, are still impressive and seem to play the passed defensive role of the village of Castellabate.
Todays it is a landmark for many visitors as the interiors, the outdoor courtyard and the vaults are still opened. It is an ideal location for exhibitions and events such as the celebration of civil marriages.

Piazza Perrotti is a square nearby the Castle, where in the 12th century Palace of the same name, one night between the 11th and 12th of November 1811 the French King Joachim Murat stayed as a guest. In that moment the King said “Qui non si muore” (“Here one will never die”) probably referring to the mild climate of the area of Castellabate.

In the village of Castellabate stands in its grandeur the Papal Basilica Minor, built in the second half of the 12th century and dedicated to Santa Maria. Worthy of attention are the works of art inside the Basilica, such as the Polyptic of Pavarino from Palermo. The majestic Romanesque bell tower with its clock is just adjacent to the Basilica walls.

The heart of Castellabate village also has many palaces belonged in the past centuries to noble families and every palace has a private chapel too.
A very popular access to the village is the one from Belvedere San Costabile, a panoramic overlook with a unique and appealing view of the coastline stretching from Tresino cape to Licosa island. When the sun gradually deeps into the sea a pure bliss envelops the spirit of the place.

Due to its glorious remoteness, Castellabate is part of Unesco World Heritage since 1998, well known as “The Pearl of Cilento”, it is one of the “Most Beautiful Villages of Italy” since 2007 and has been awarded with the Blue Flag of Beaches since 1999, Green Flag in 2015 and 2016. The village has been also recently awarded among the “21 Jewels of Italy”, the one and only in Campania, by the Italian Ministry of Tourism.

Curiosity:
Castellabate also hosted the movie set of the highly acclaimed Italian comedy “Benvenuti al Sud”. In the very heart of the village, “Piazza X Ottobre 1123 “ (the square was so called after the laying of the rst foundation stone of the Castle) was rebuilt a post of ce in place of the bar “La Piazzetta”. This square became the set of many lm scenes. The home of one the main characters of this comedy, Alberto, was Palazzo Perrotti, where you can nd the famous plaque “Qui non si muore” (“Here one will never die”) which frightened him so much at his arrival. The Belvedere was lmed in the arrival and departure scenes too.